Returning to the Origin: Jacob Returns to Haran

Where do we go to heal? In our contemporary world, there is a tendency among some to cut off our past in order to have a more healthful, whole future. We choose to distance ourselves from the places where there has been historical personal or collective trauma, and attempt to create a new world that is unconnected to the pain of the past. In this week's Torah portion, we are presented with a different narrative about where we go to heal, regroup, and become adults capable of confronting an inevitably challenging future.
When Jacob has aroused the murderous anger of Esau after fooling both his brother and his father Isaac, he does not flee to an unknown or unweighted location.  In Genesis 27:43, Rebecca tells Jacob, "Now listen to me, son.  Flee at once to Haran, to my brother Laban." Then we are told in Genesis 28:10 that Jacob leaves Be'er Sheva and embarks on his journey to Haran.
When I read these two verses, my mind went instantaneously to another place in the Bible where Haran is mentioned. Haran becomes a crucial locale in the family story of Abraham and Sarah, where we learn in Genesis 12:5 that Abraham and Sarah had "created souls." According to Midrash, this is where Abraham and Sarah had converted many people to Judaism. Thus, it was in Haran that the Jewish community expanded and came to include individuals other than our original patriarch and matriarch (Genesis Rabbah 39:15). It was in Haran, according to tradition, that Abraham and Sarah brought those around them under the wings of the Shechinah through serving as teachers and guides, and according to the Talmud (Sanhedrin 99b), when one teaches Torah to a disciple it is as though he/she/they had formed and created these individuals themselves. Haran is a location of teaching, leadership, and influence -- it is a wellspring of Torah and creation.
Also worth noting is that in Esther Rabbah 6:2, we learn that Abraham's behavior in Haran was the model of Mordechai's legacy in Persia:
Just as Abraham threw himself into the furnace, came out alive, and caused people to recognize God -- this being what is referred to by the verse "and the souls they made in Haran" -- Mordechai also helped people recognize God in his own day as it says "And many people of the land converted to Judaism." [In conclusion] he attested to the unity of God and His holiness and was therefore called "the Jew".
While the contemporary Jewish community does not embrace of condone proselytizing, these two stories emphasize the positive and generative consequences that come from Jewish leaders exhibiting personal righteousness, integrity, and willingness to share wisdom. Whether it was Abraham and Sarah's hospitality and teaching in the desert, or Mordechai's courage to confront injustice, these individuals drew people near to Judaism, our people, our God, and our tradition through their kind and courageous action. Haran is the location that at once is 1) the origin of a true Jewish community (as opposed to an individual family) and 2) a place that emphasizes the importance of individual example and integrity.
Haran is not just where Laban, Rebecca's brother, happens to live.  It is not just a physical location where Jacob just happens to find refuge until Esau's anger abates. Rather, it is a place of healing and history. In the Talmud (Chulin 91b), Jacob's arrival at Haran was miraculous and deeply meaningful.
חולין צ״א ב:ו׳
וכתיב ויפגע במקום כי מטא לחרן אמר אפשר עברתי על מקום שהתפללו אבותי ואני לא התפללתי כד יהיב דעתיה למיהדר קפצה ליה ארעא מיד ויפגע במקום
As it is written: “And Jacob went out from Beersheba and went toward Haran” (Genesis 28:10). And it is written thereafter: “And he encountered the place, and he slept there, because the sun had set” (Genesis 28:11). When Jacob arrived at Haran, he said: Is it possible that I passed a place where my fathers prayed and I did not pray there? When he set his mind to return, the land contracted for him. Immediately the verse states: “And he encountered the place,” indicating that he arrived there miraculously.
If you look at the Hebrew, the term translated as "encountered" is actually "v'yifgah ויפגע"which means that the place injured him, or almost smacked him in the face. After a spiritually brutal encounter with his brother, reflecting not only God's will, but Jacob's less than attractive trickery, Haran smacks Jacob in the face.  He almost passed through it without recognizing its holiness and history, but Haran would not allow Jacob to pass onto his future without reckoning with this place's (and Jacob's family's) own past.  In order for Jacob to become the father of all Israel, he needed to pray and engage with the Torah of this place, and connect with the ways in which it had become a tableau of personal integrity, hospitality, and inspiration.
As we explore Parashat Toldot this year, let us think about the fraught, weighty places in our past that bring us to a better future.  Where is our Haran?  Where in our ancestral stories can we find places that inspire others to join us in our journey to create a better world? Where can we locate spaces of Torah, learning, exploration, and embrace? And how can we return to those places for healing and replenishment, even if those places are not simple, abundant, convenient, or purely good in our memories? Let us think about the value of those places that brought out the best of who we and our ancestors were, and how to mine those places in order to spearhead movements that will be positive, remembered, and transformative.
Shabbat Shalom!
If you want to see all of the sources that I called upon for this piece, check out a Haran themed source sheet on Sefaria.
Posted by Rabbi Isaacs at 2:16 PM 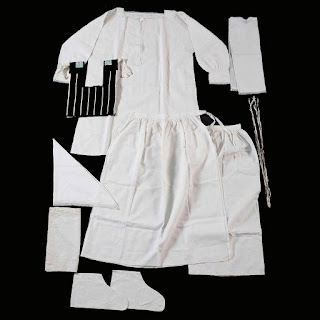 Kol Nidre - Preparing for Our Deaths: Living Our Lives
Yom Kippur Day Sermon - Rejecting Original Sin: A Jewish Response to Our Wrongs and Redemptions
An Original Al Chet from Waterville, Maine
Posted by Rabbi Isaacs at 9:01 AM

A gathering for healing, song, and return focused on the mincha sacrifice.

Jonah for this Moment

What if we overreact? When exercising leadership in moments of crisis, we always risk being accused of doing too much. Here are some lessons from the Book of Jonah in choosing how we act at this moment.

The Golden Calf, a stiff necked people, and this American moment


What do the golden calf and stiff necks have to teach us at this very American moment? Lessons on leadership, faith, and what it means to be a Jew and an American at this moment.

Rabbi Isaacs
I am the rabbi for Congregation Beth Israel in Waterville, Maine. Additionally, I am the Dorothy "Bibby" Levine Alfond Assistant Professor of Jewish Studies at Colby College and the Director of the Center for Small Town Jewish Life You can contact me at risaacs@colby.edu